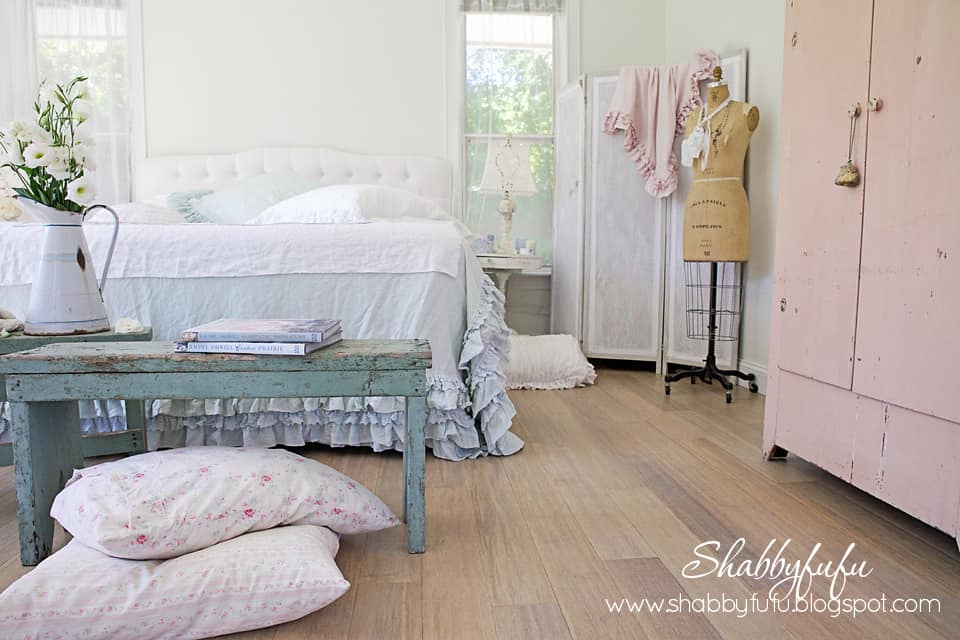 Benches are something that I have collected for a long time, as I am drawn to anything chippy and shabby that has the patina of years gone by. I’ve had these two benches for years now and love the versatility of using them as coffee tables. These two come out of…
an old closed fabric mill in the Southern U.S. and I was able to pick them up at a flea market when no one else was interested. Shabby…and they are two, though not identical. 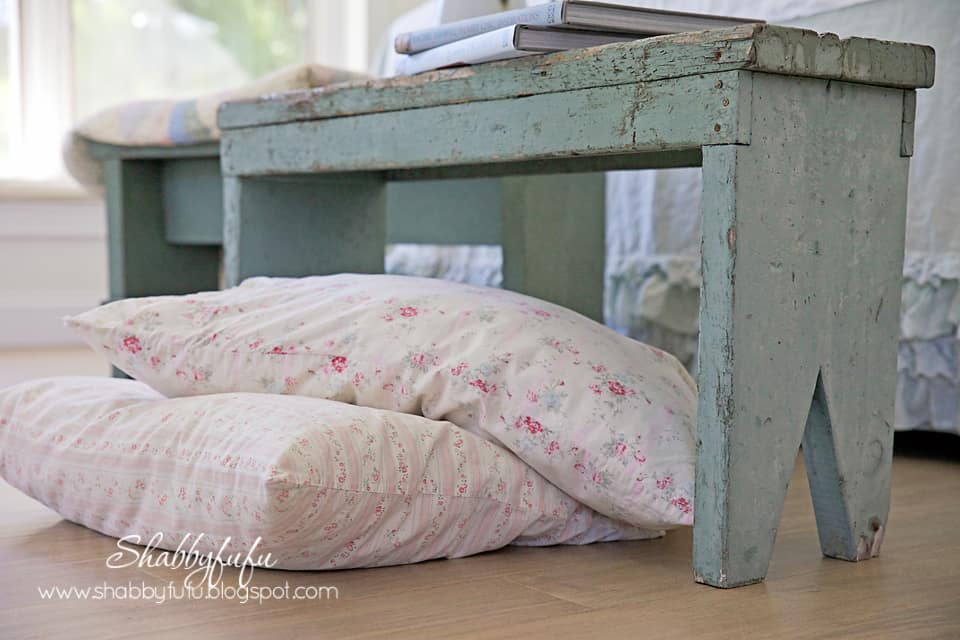 Today I brought them in to see how they would look with the changes in the bedroom that I’ve been making. 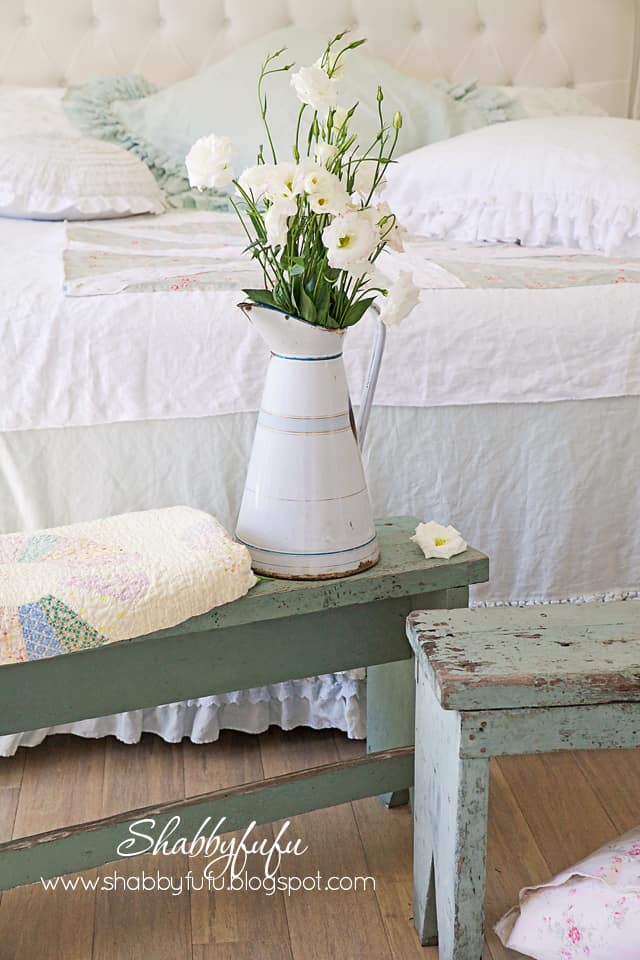 The room has good space and light, and I set them angled by the foot of the bed. Quilts, fresh flowers and books…and some extra pillows for the pups to be comfy on the floor. 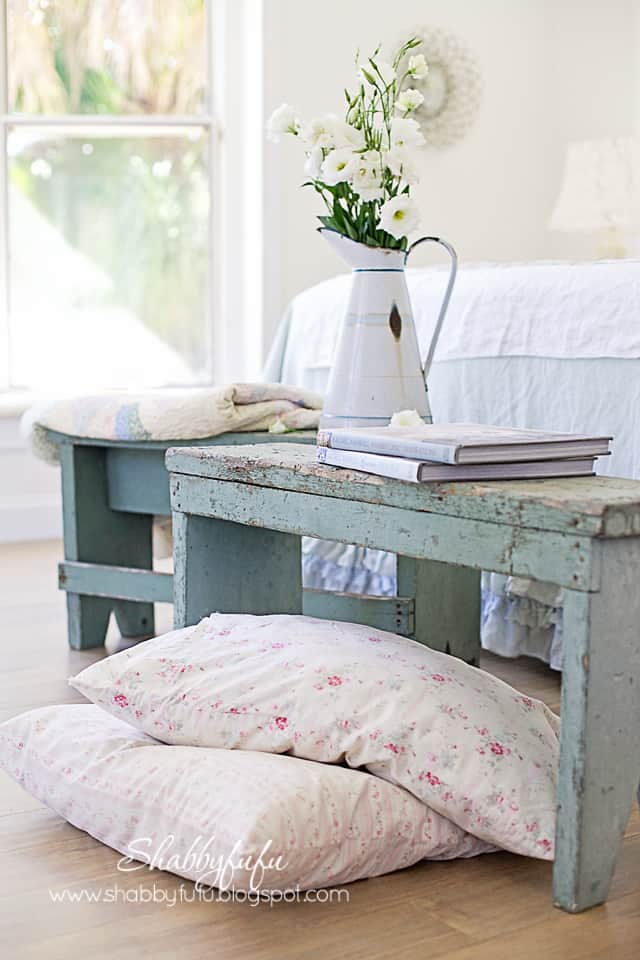 They synchronize with my pastel color scheme of pale blues, yet are more of a seafoam/robin’s egg/aqua~esque mix. 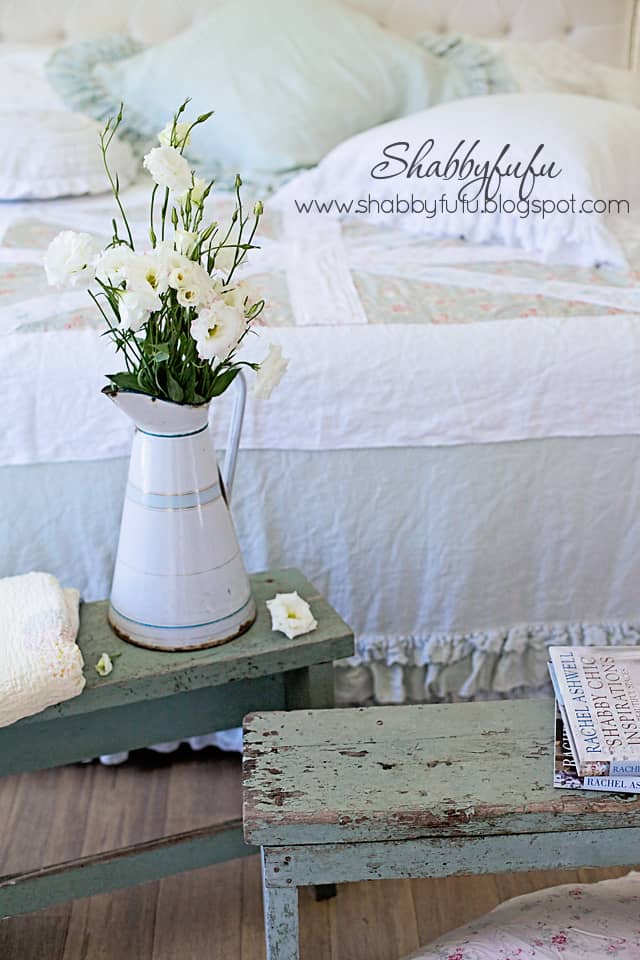 Full of weathered aging as they have been sitting under the covered patio and the squared nails have a bit of rust. Perfectly imperfect. 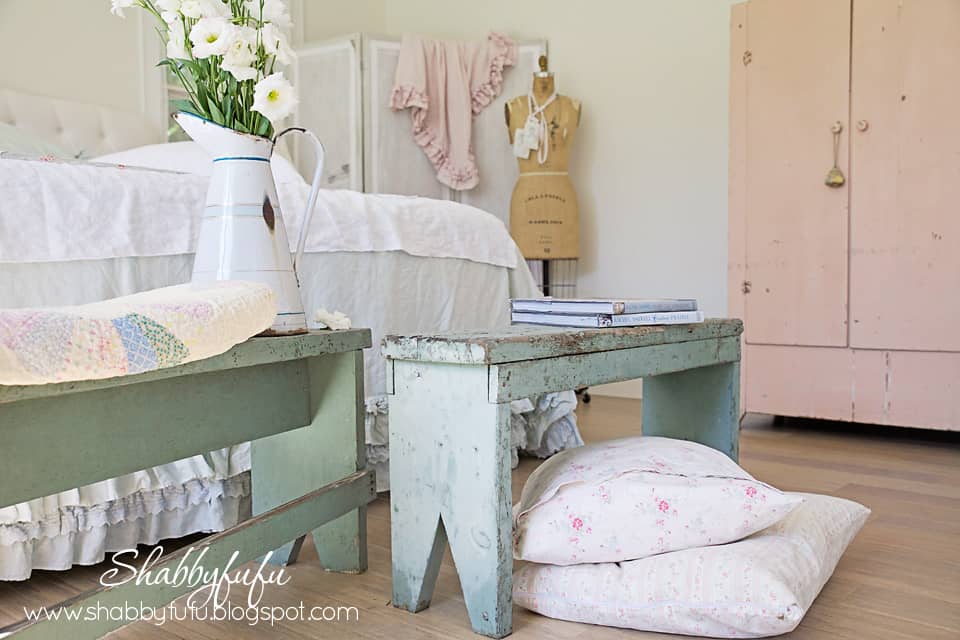 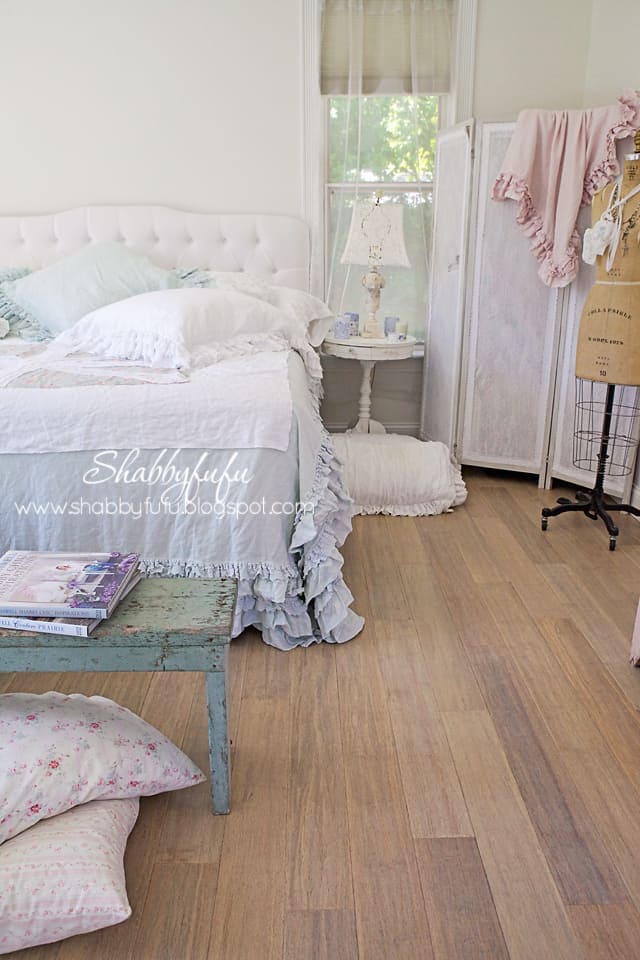 The linens are a mix of Rachel Ashwell Shabby Chic Couture and her Target line of Simply Shabby Chic…as well as some vintage and my Shanty Jack throw from Sherry Hicks. 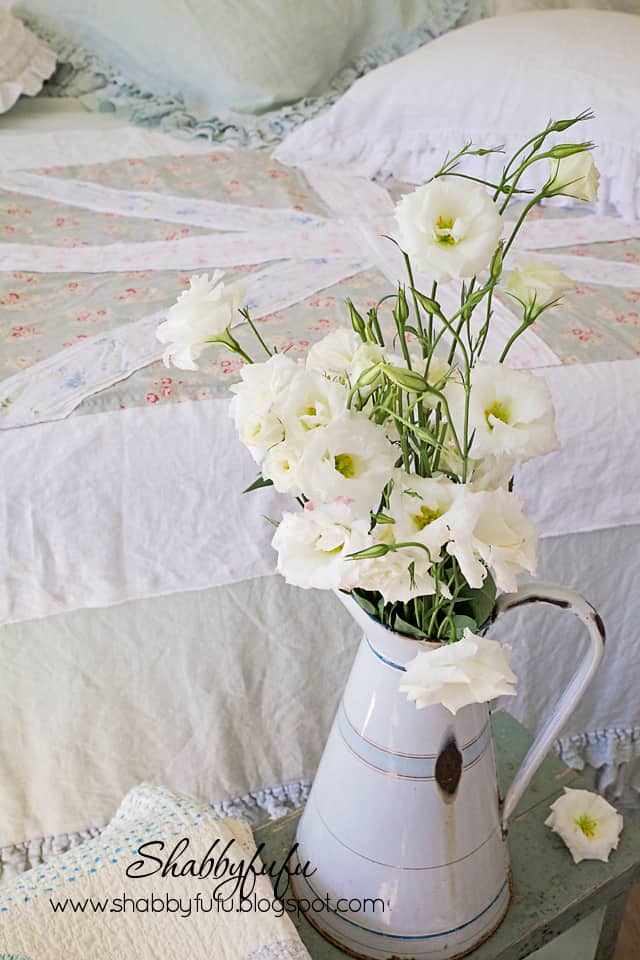 I’m often ask where I purchased the tufted headboard. It came from JC Penny around 5 years ago. I’m not sure that they would still carry it, but you can find them more easily on~line nowadays. This one is white denim which has held up amazingly well with an initial spritz of fabric protector. 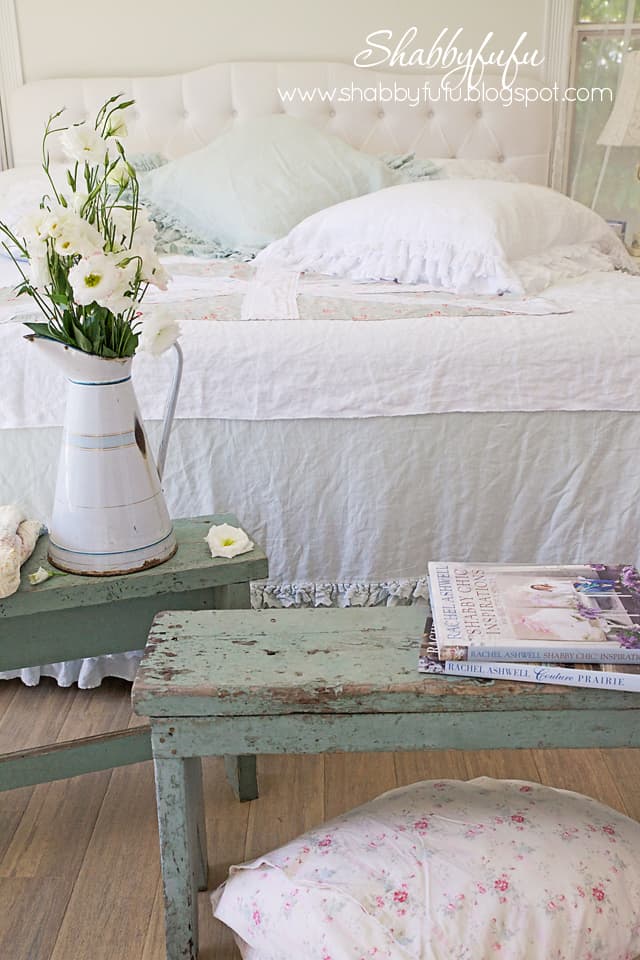