You are here: Home / Lifestyle / Travel / The Natural Beauty Of Switzerland – Travel

The natural beauty of Switzerland will take your breath away, and I’m sharing my travel experiences and tips in this post.

Have you had a chance to read my recent posts on London (HERE) and on packing for 2 weeks with only a carry-on (HERE)? If you love travel or armchair travel this is the next in my series. After this get ready for the city in Europe that especially has my heart! It’s the one that I probably know most about as a frequent visitor! But Switzerland has been calling to me for awhile for several personal reasons. 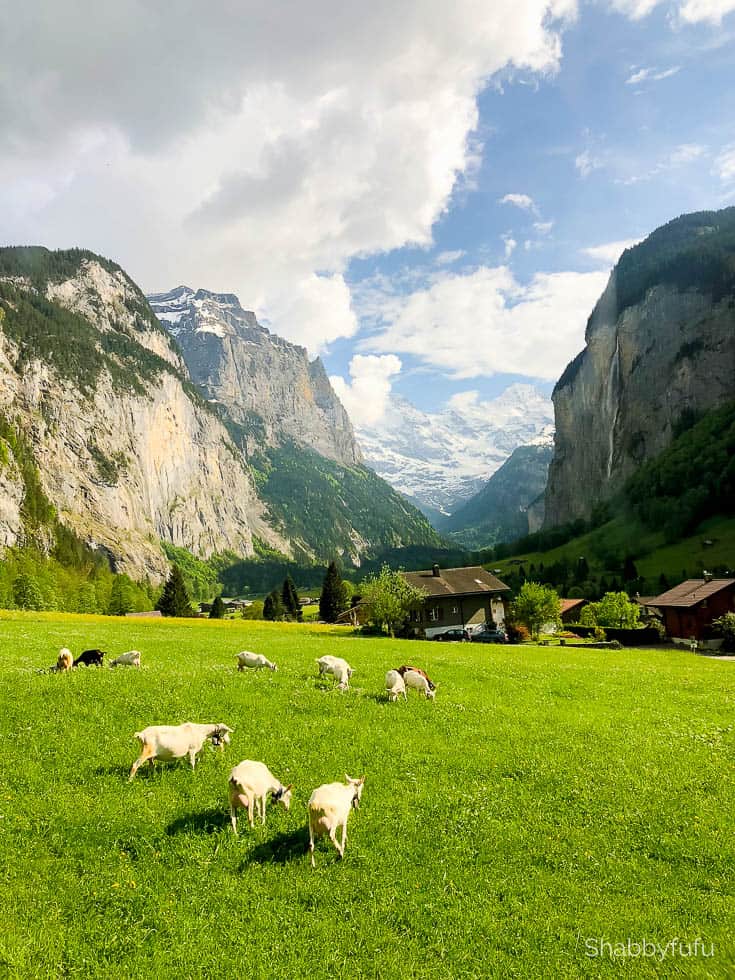 The photo above looks like I’m getting all “The Sound Of Music” with you (which was filmed in Austria). I shot this from a train and this is the sort of pastoral beauty you will often see in Switzerland! I spent time in the French side of Switzerland in a town called Champéry with my French cousins in my youth. My husband on the other hand lived as a child in the Swiss German town of Zurich. We have been back to Switzerland as a family with our kids, but wanted to head back and spend a week while we had the chance. 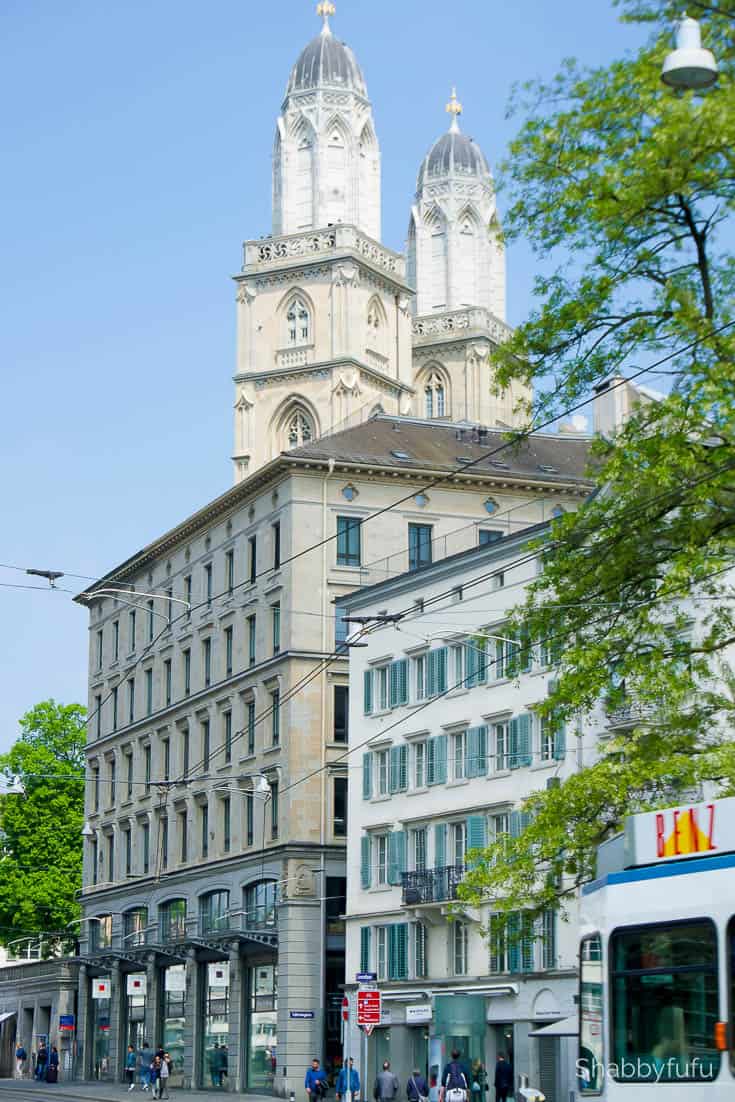 First of all, we flew from London to Zurich after I researched the best way to get there. With having to go through France and a typical French strike going on, flying was easier, faster and actually less expensive. Zurich is one of those great European cities that is culturally historic, vibrant, friendly and run as efficiently as a Swiss watch. It’s one of the wealthiest cities in the world and a financial hub that is far from prim and staid.  We found it really easy to navigate and the train and trolley systems run often.

Old town Zurich has been kept beautifully in tact and is filled with hip and trendy stores and most noteworthy the cafes. 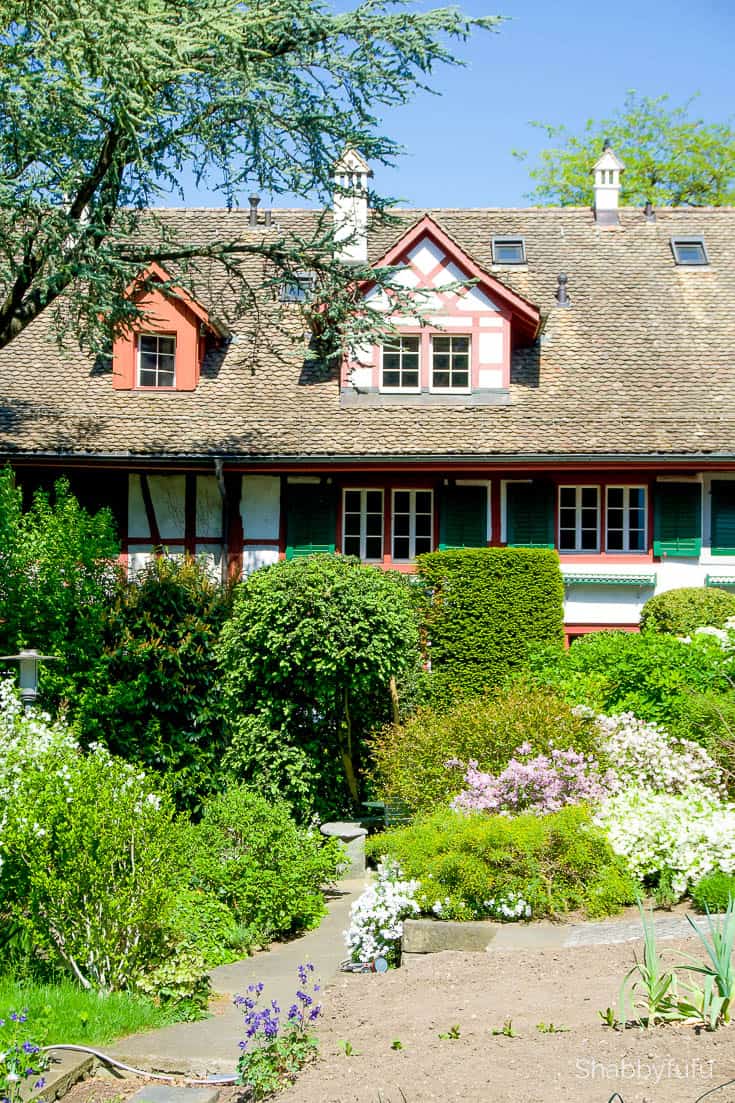 A house in the charming district of Zollikon, where my husband grew up. Peaceful, beautiful and I was so happy to see it! 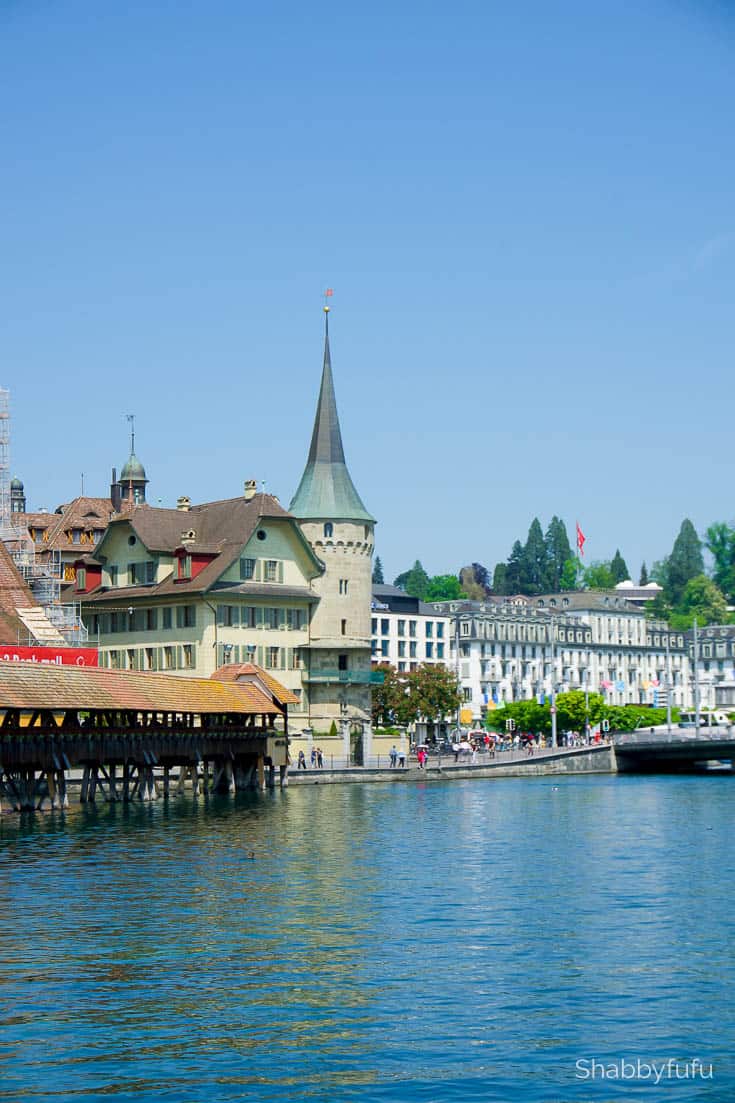 With train travel so easy we hopped on a train and spent a few hours in Lucerne and stopped for lunch. If you are headed to Switzerland be sure to travel by train!

And now on to more of the the natural beauty of Switzerland that I’ve been talking about on our way to the Swiss Alps. I’ve put together a little video for you below. 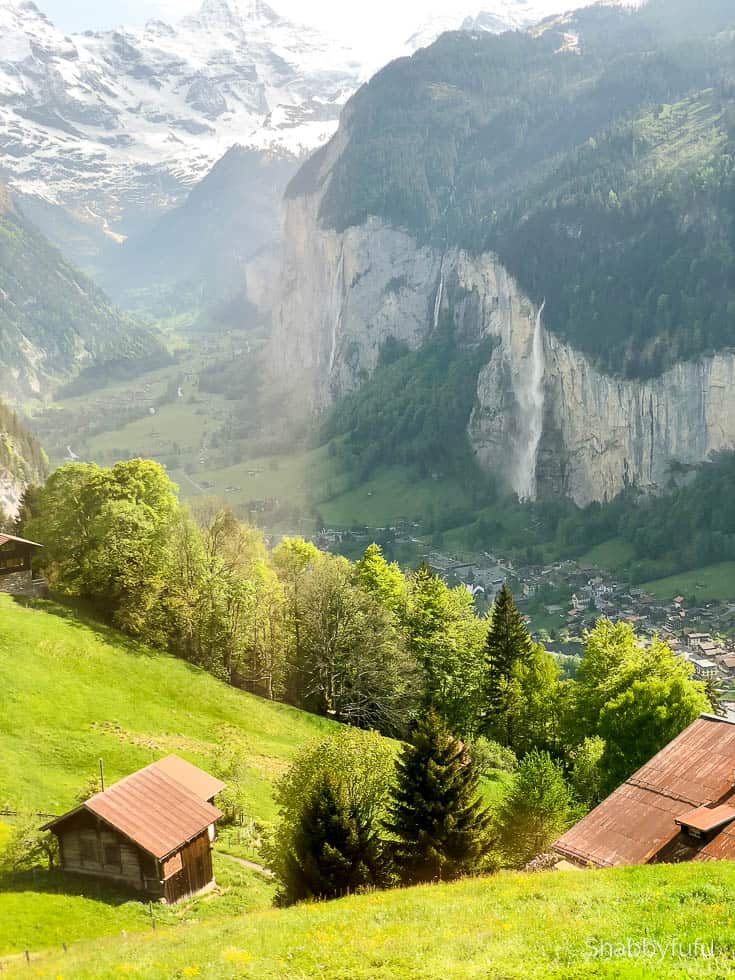 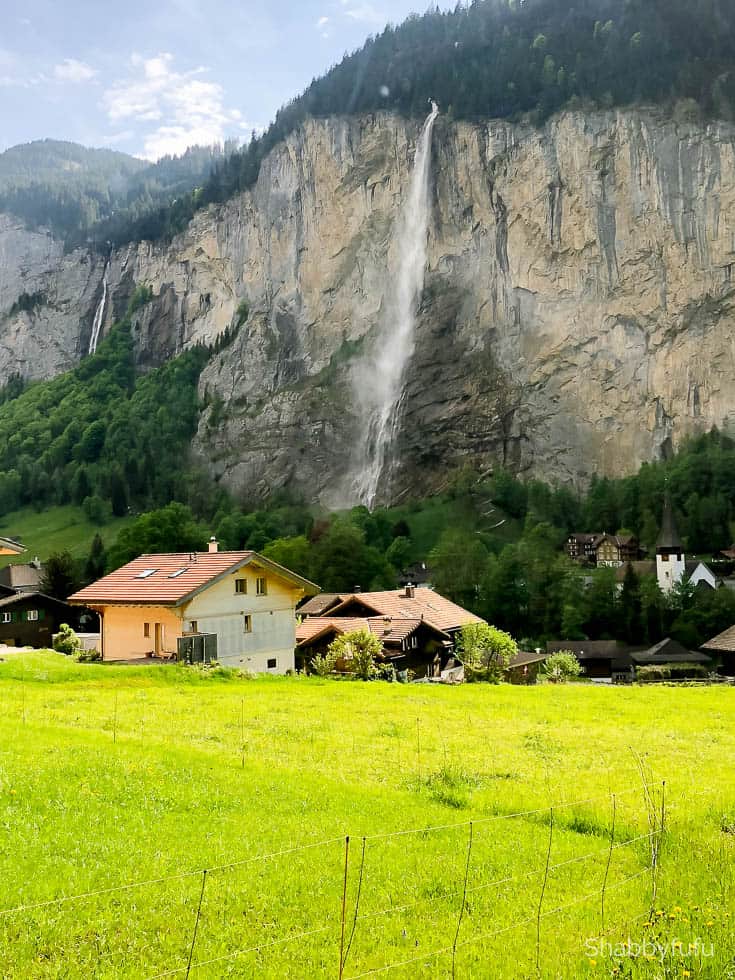 The Swiss Alps by train and really I can’t think of enough adjectives to describe the majestic beautiful! A bus in addition to two trains took us to the mountain of Jungfraujoch at 11,500 feet. We aren’t tour people but it’s hard to get to, so we opted for THIS day tour to get there.

It just happened to be our anniversary and a great way to spend it…don’t you think? Notice…I’m holding the ropes because I don’t speak snow or ice living in Florida, lol. 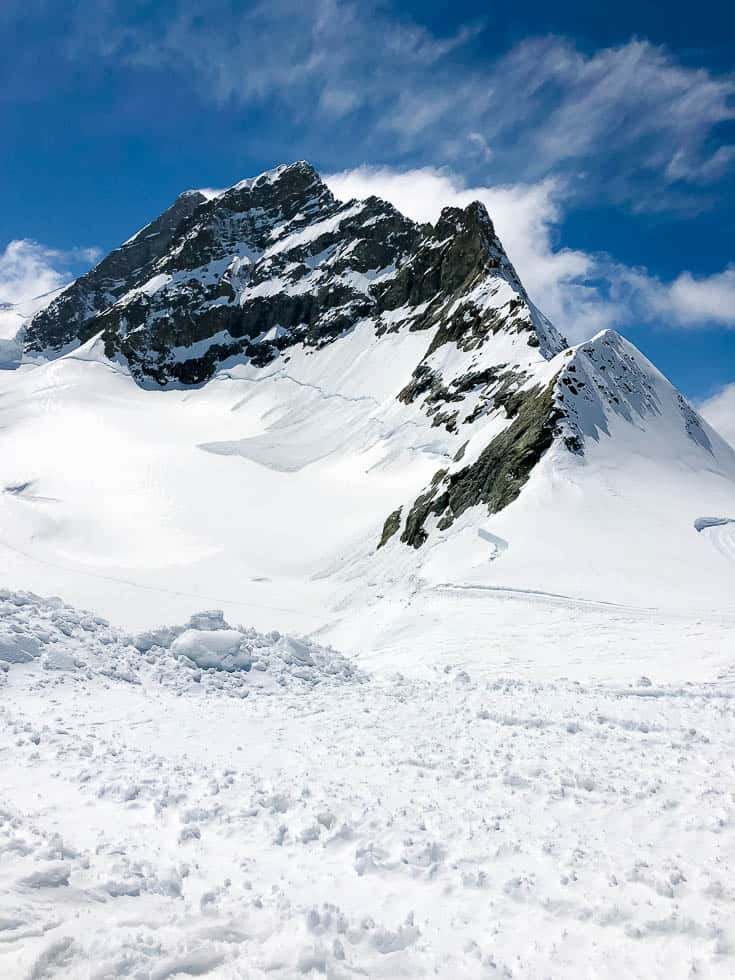 In conclusion, was this trip worthwhile? Absolutely, despite the fact that the air is thin and as a result my asthma acted up. If Europe is in your plans, I encourage you to see the natural beauty of Switzerland for yourself. Feel free to ask questions,…I’m only an email away! Please pin for reference later and share this post! 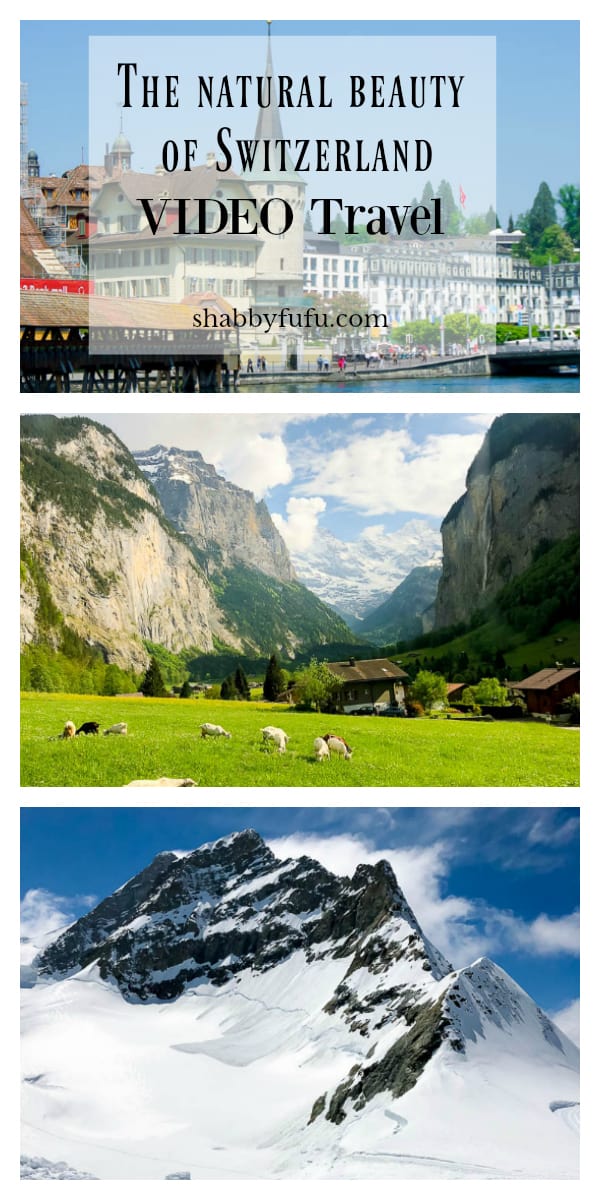