You are here: Home / Decorating / Rescuing and Repurposing Drapes 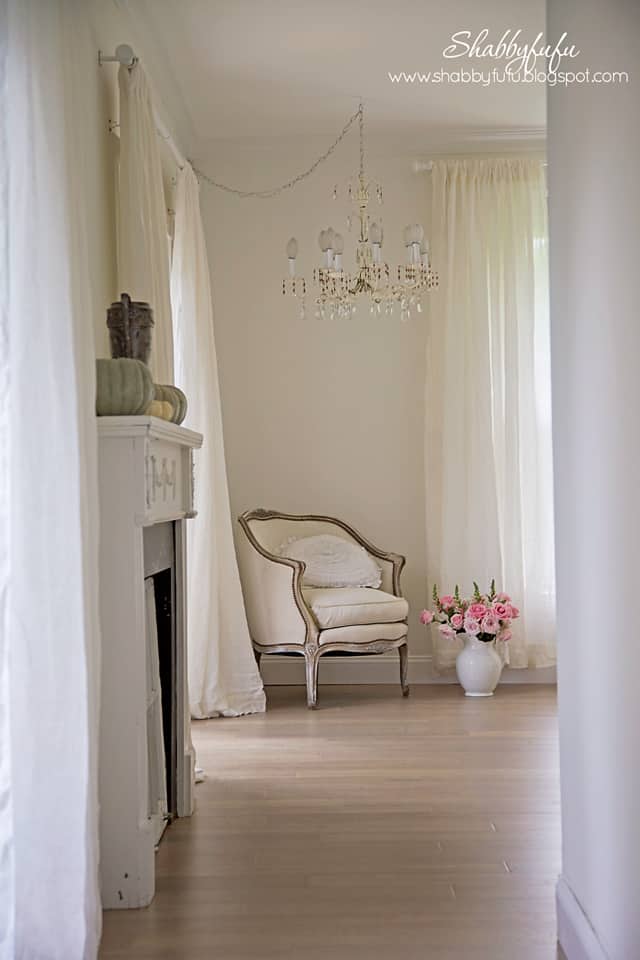 You know how much I love rescuing relics and repurposing pieces that would otherwise be destined for demise in the dumpster. So when I had the chance to…

save these gorgeous (but damaged) linen drapes I said “heck yeah”…no hesitation on my part! 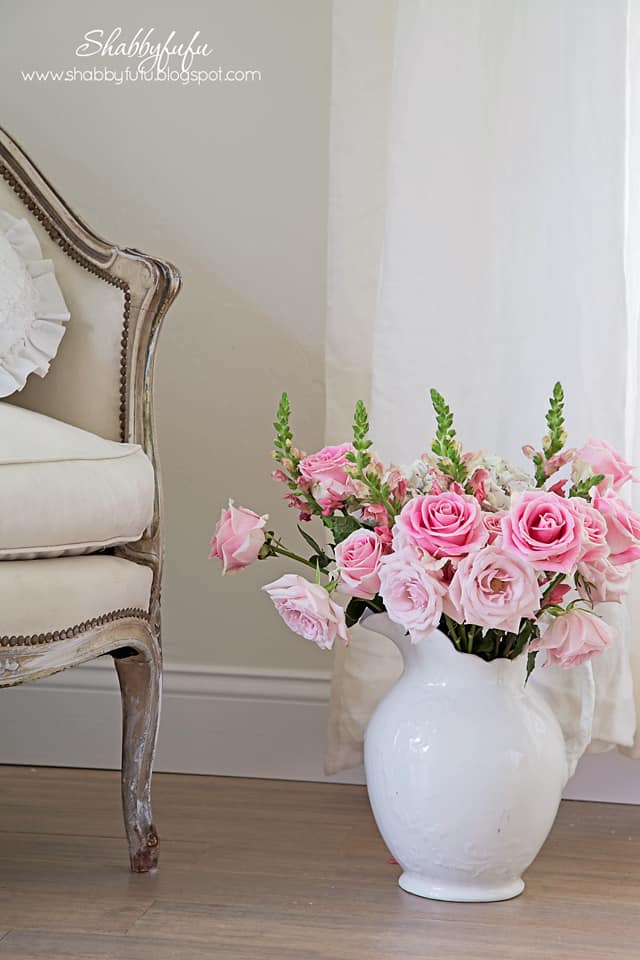 Here is little bit of the history of the oodles of yardage of pure white Belgian linen that now reside repurposed in the master bedroom and in the living room (more on the living room drapes later:-)

Our family business is construction and remodeling. We work in the high~end field of both condos and homes in the area, and the photo above is a remodeling job that we had in a condo in the Ritz~Carlton that was flooded by a storm (and poor window installation…another story altogether!). The drapes were custom made for the massive windows and suffered some water damage and since the homeowner was insured they were replaced with new. Throw out the old? NO WAY…so we took them home and I washed them and laid them out in the sun on the grass to dry. The water stains were gone for the most part…yay! 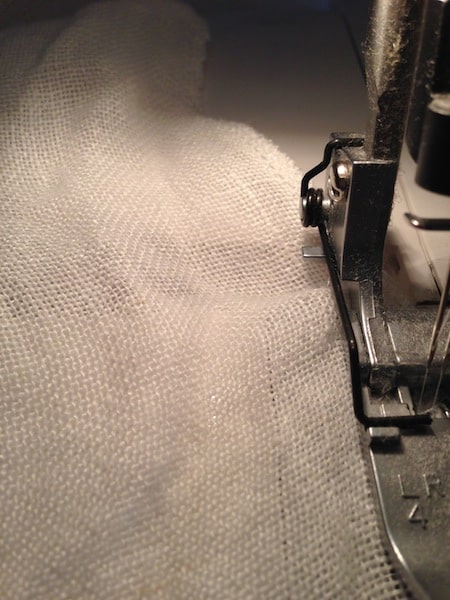 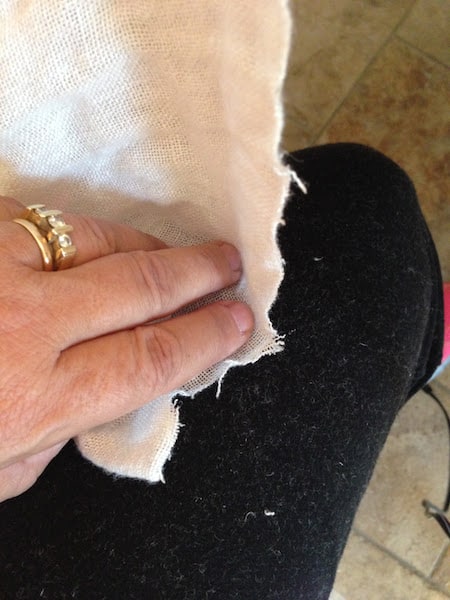 The drapes were not sized for my windows and they were made for traverse rods, which I’m not a fan of personally…so I set out to sew. LOTS OF LINT comes off in sewing with linen, and since I want to be able to wash these from time to time I serged all of the ends to prevent fraying.I don’t want to see my serger or sewing machine again for a good long while now!
(Note to self…do not wear black workout pants when sewing white linen!) 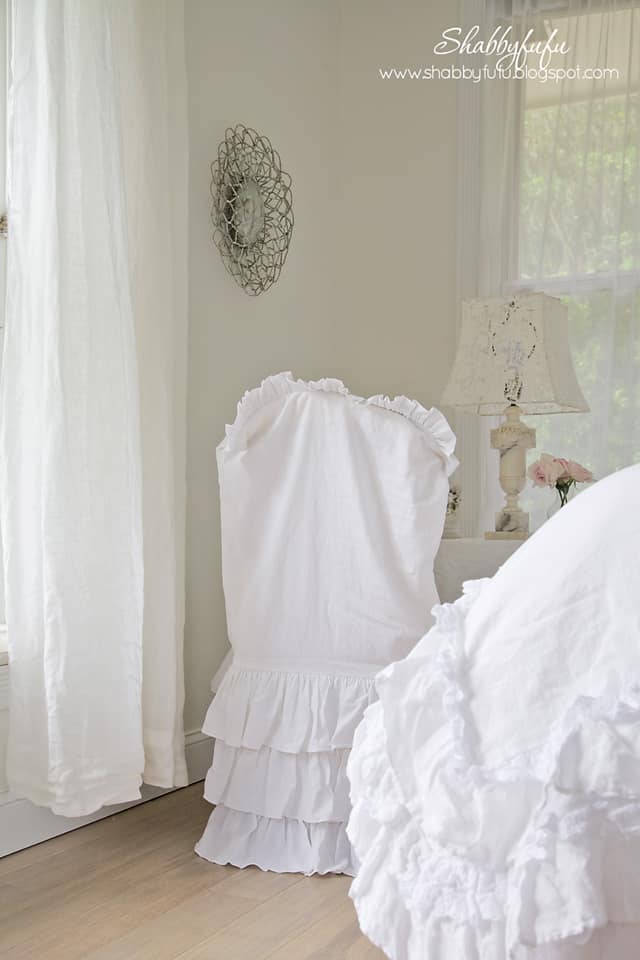 I still need to do some more steaming to the linen and they should relax wrinkling with another round of that. 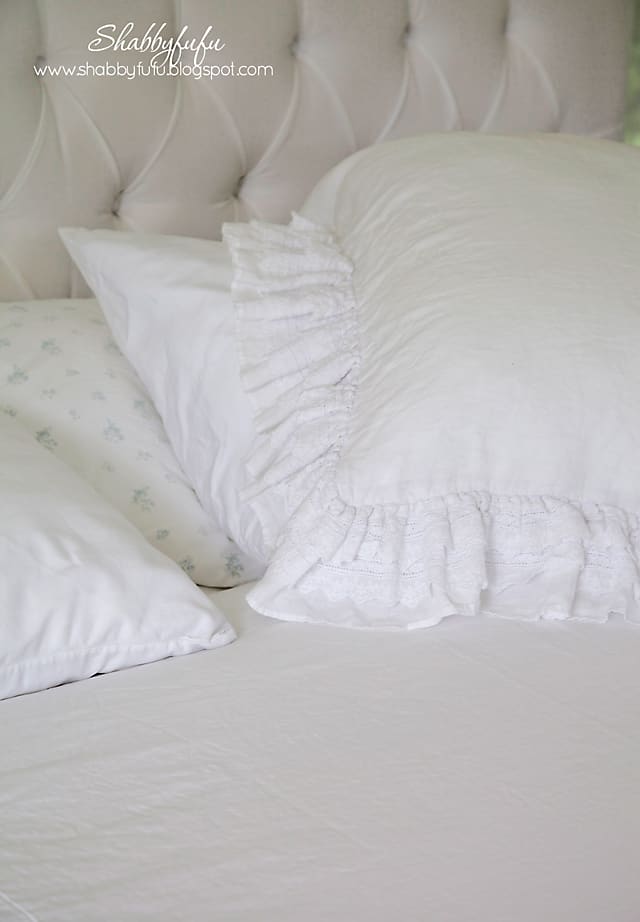 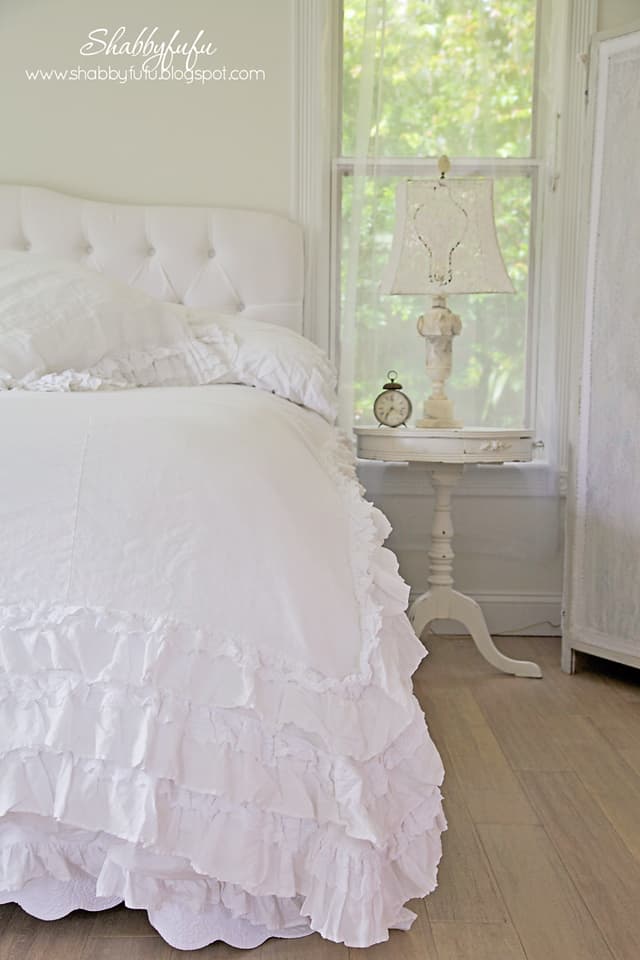 Our master bedroom is white, and the linen drapes add a nice elegant touch. 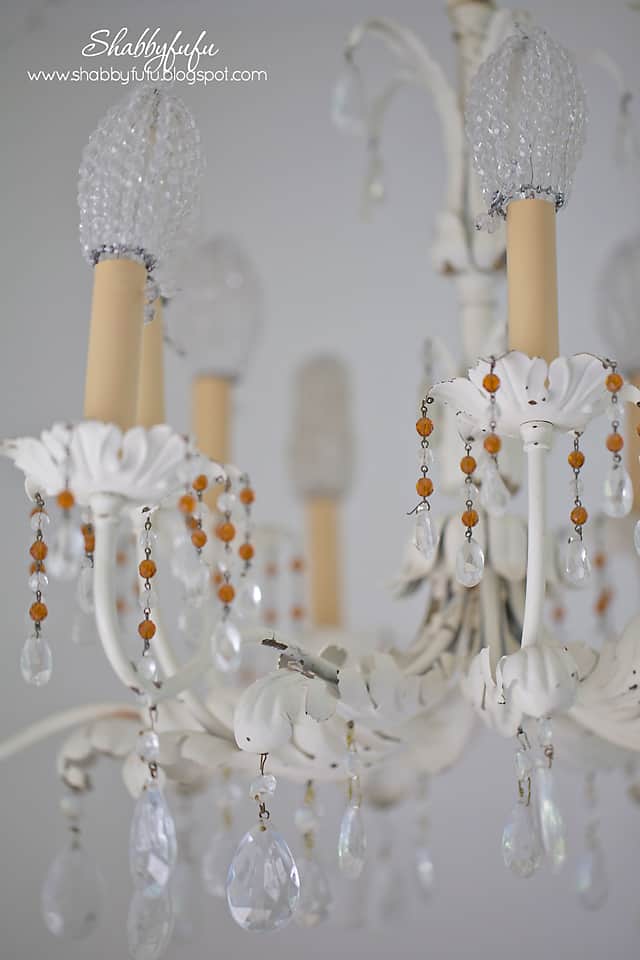 With all of the white I’d been debating replacing the candle covers on this old massive white tole chandelier, that are yellowed with age. If you look at the first photo you’ll see how they look replaced. Still on the fence about this. 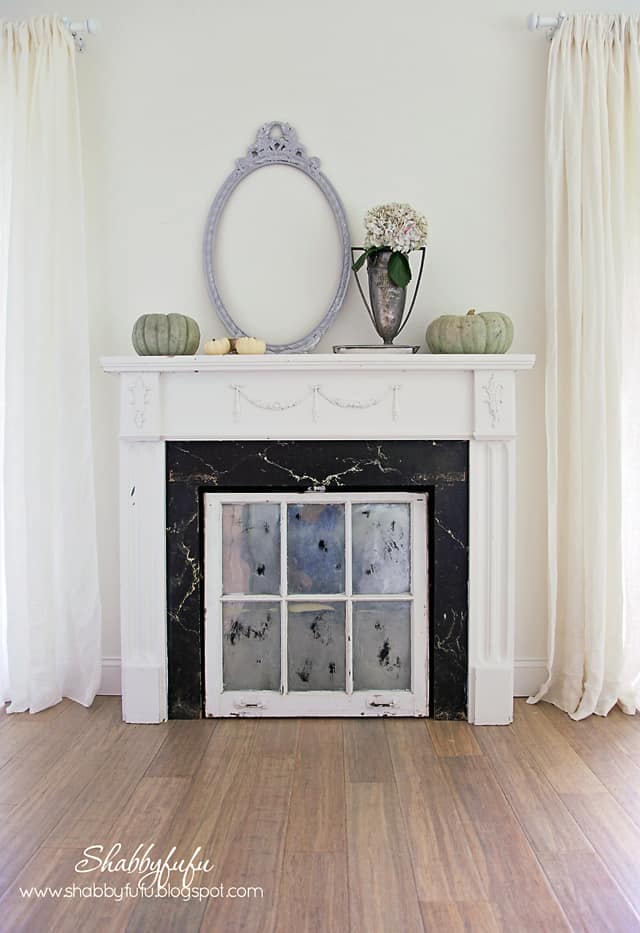 Some rearranging on the bedroom mantel and will be working more on that over the weekend. 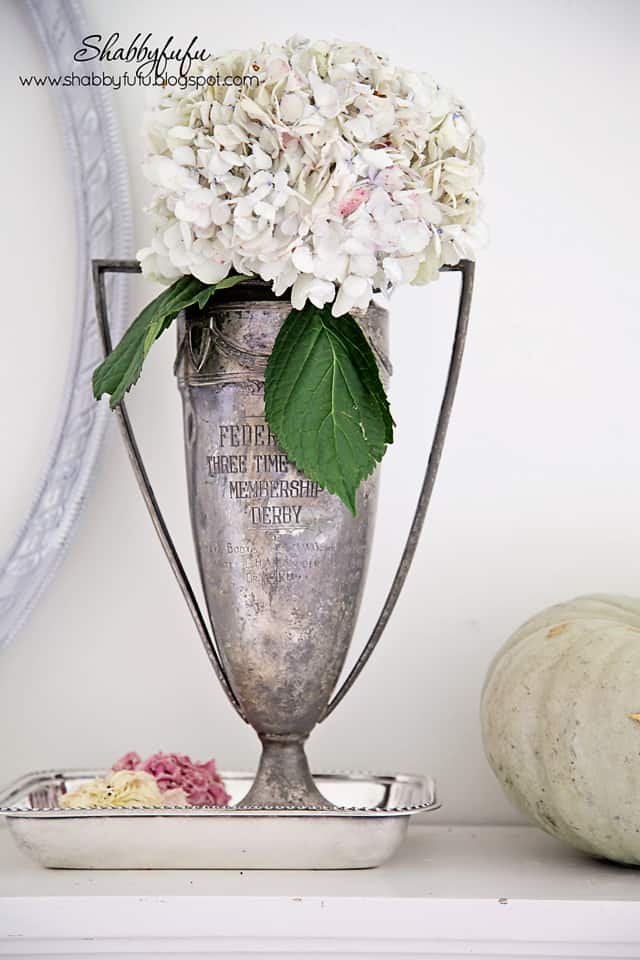 Favorite vintage trophy cup, faded hydrangeas and a few “fantasy pumpkins”, as they are often called in their pale colors and odd shapes. 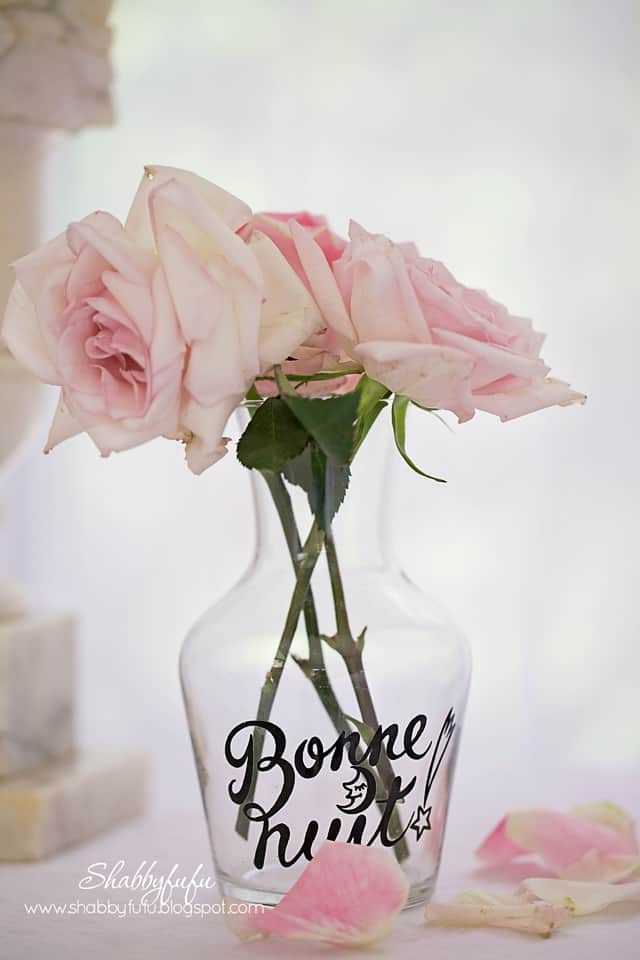 Just a touch of pink with the prettiest roses in soft colors to break up all of the bedroom white. 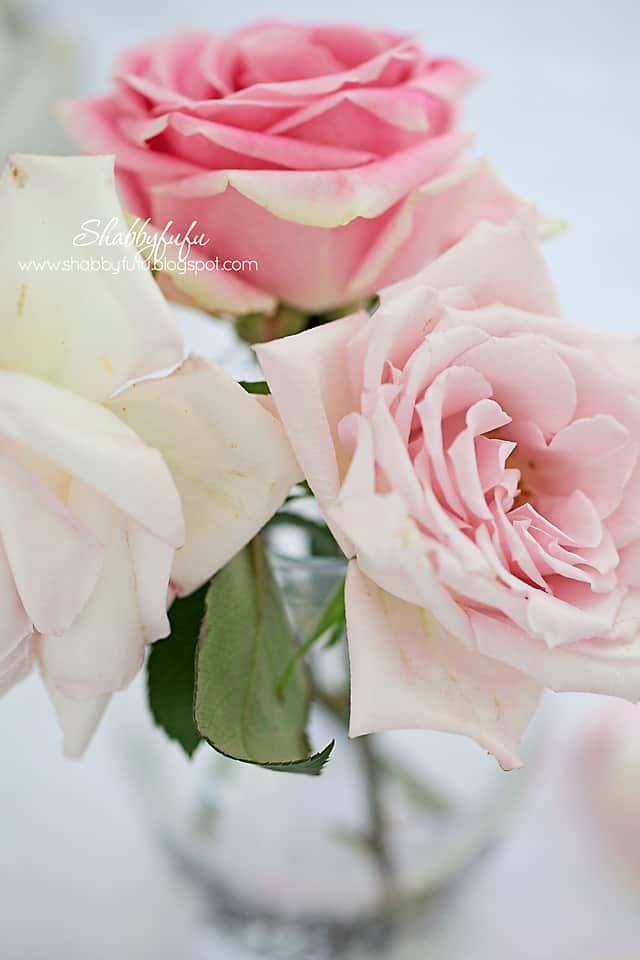 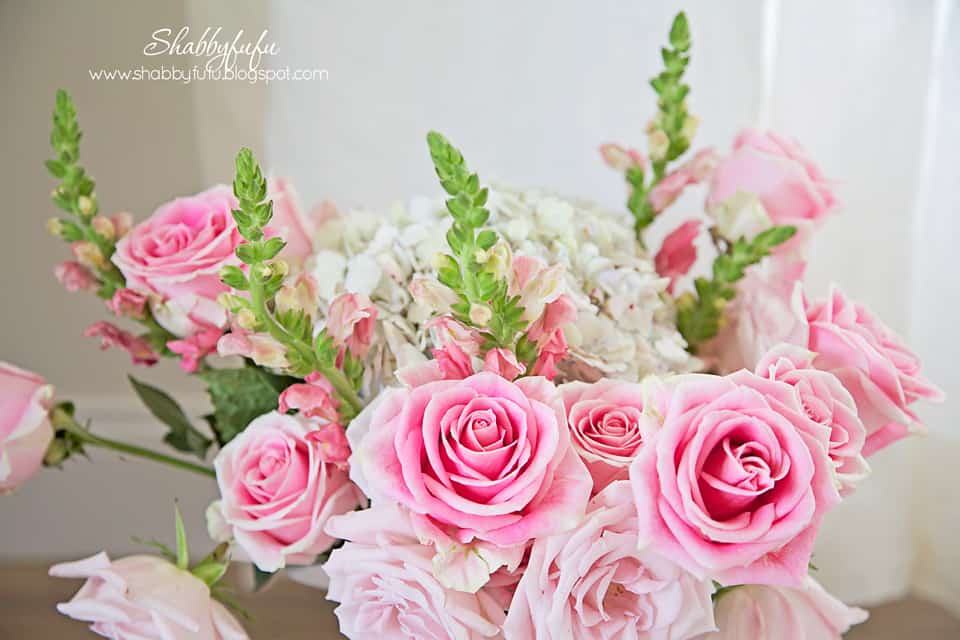 I’m so happy to have saved those drapes from the landfill and the work that was put into them was definitely worth it! 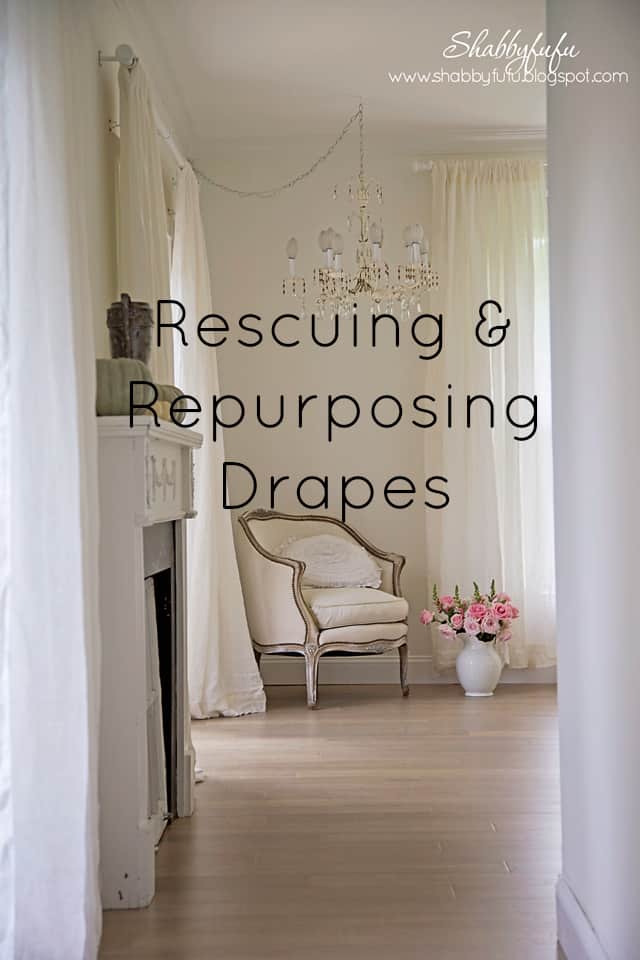