Creative fall mantel decorating idea with velvet pumpkins spilling out of the fireplace. Easy ways to transition your decorations from summer to fall. GIVEAWAY is closed! Scroll down to see if you’ve won… 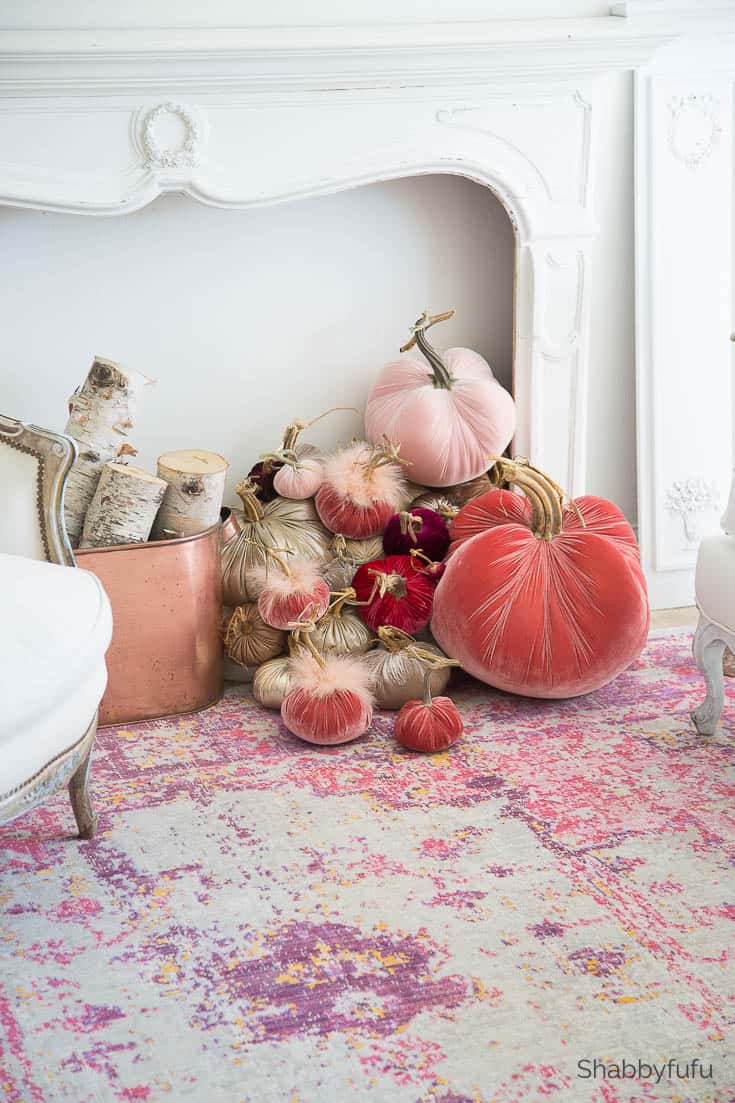 In transitioning from summer to fall there just aren’t any real pumpkins in the stores yet. It’s a great time to be creative with using faux or fake pumpkins to give a slight suggestion for the season ahead. You know…the cozy season with sweaters, throws, changing leaves, heirloom pumpkins, spiced pumpkin latte and pumpkin everything! 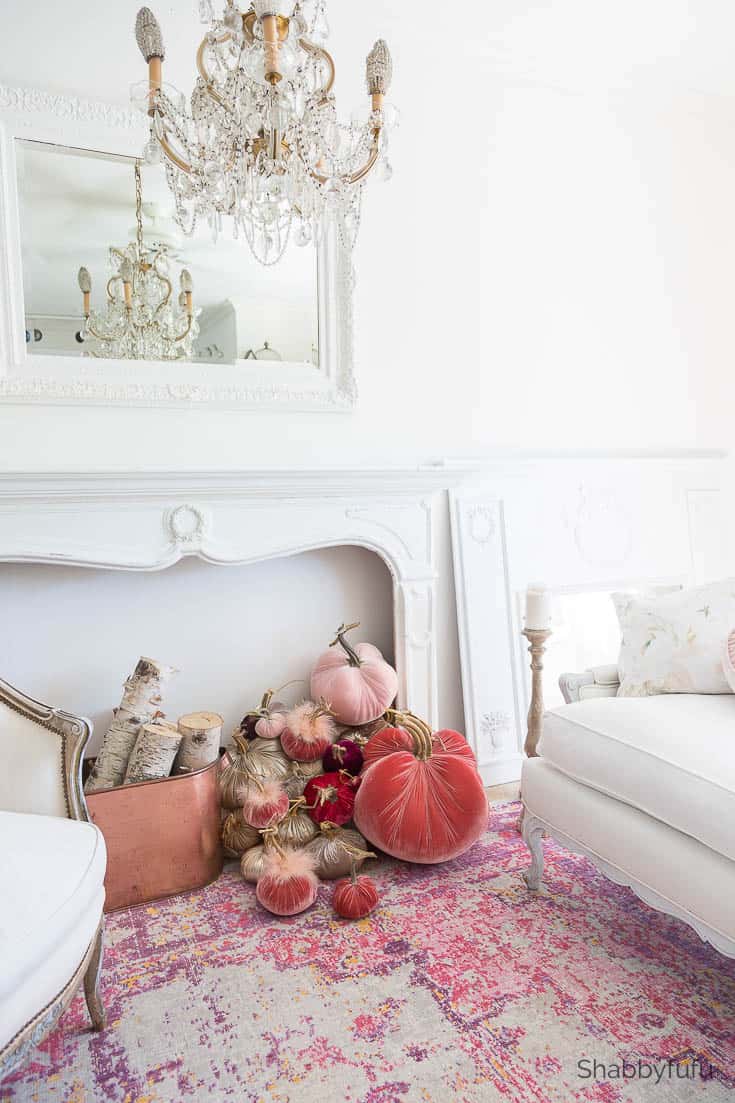 You’ve probably seen the heirloom pumpkins spilling out of a fireplace before. I think that the first time I saw this concept was years ago in Country Living magazine. You can do this with any pumpkins but I LOVE my velvet pumpkins from LoveFeastShop and have been displaying them for several years now. For a pretty tablescape idea, you might want to read THIS POST. In fact, if you’re looking for all of my FALL INSPIRATION, you’ll find that conveniently located in THIS SECTION. Kind of like a mini magazine. 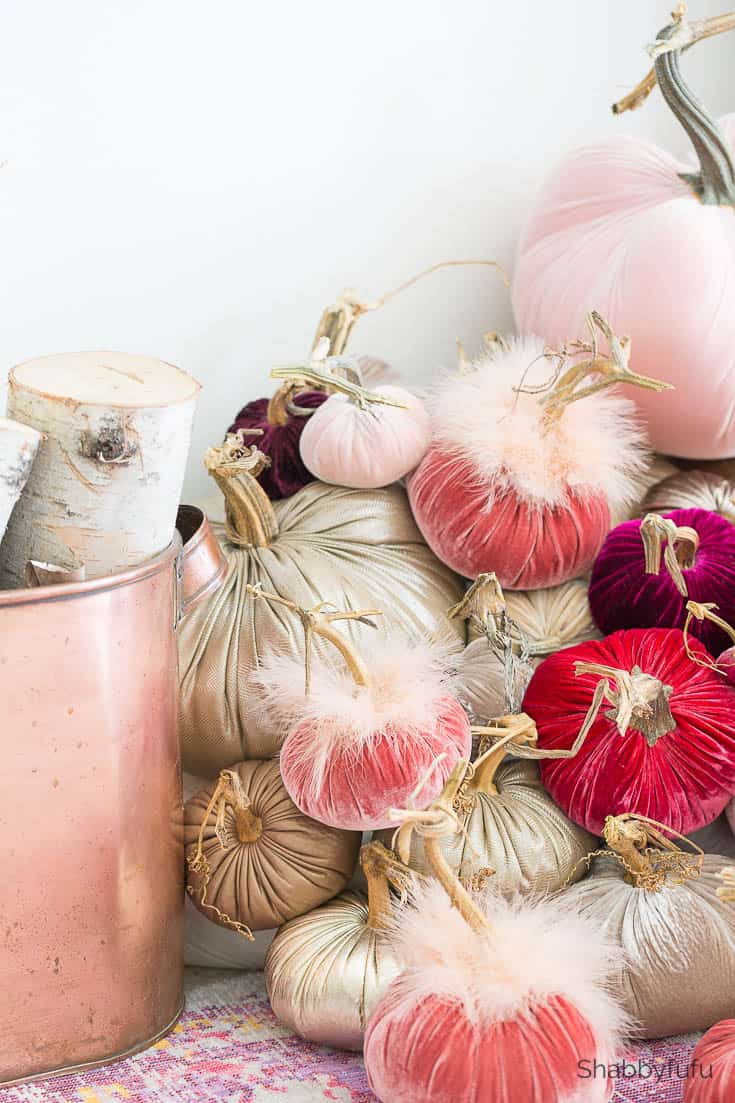 Here are a few tips for creating the look of pumpkins spilling out of a fireplace. 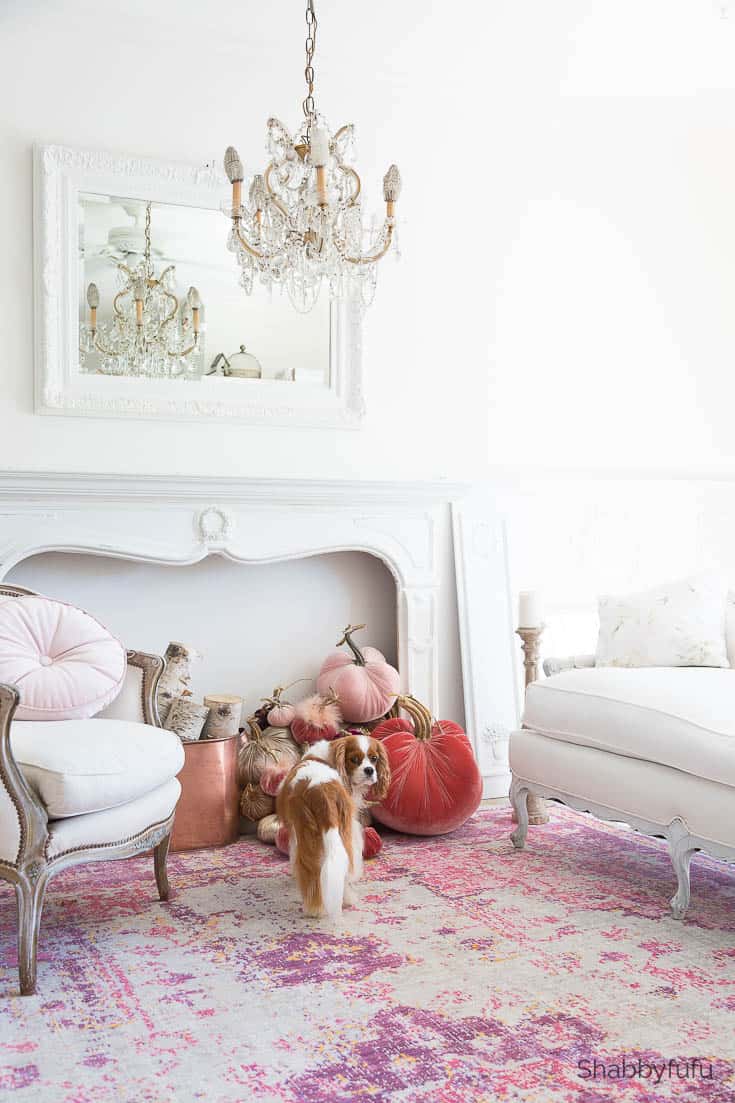 I went with a variety of velvet pumpkins in pink shades and I love how they look with my rug. Not much else is needed and the huge vintage copper bucket holds birch logs as firewood. The fur trimmed pumpkins are so unique and whimsical and Bartley is caught in the act of checking them out! Remember…you can do this with any pumpkins, but the velvet pumpkins are truly elegant and they make everyone happy! 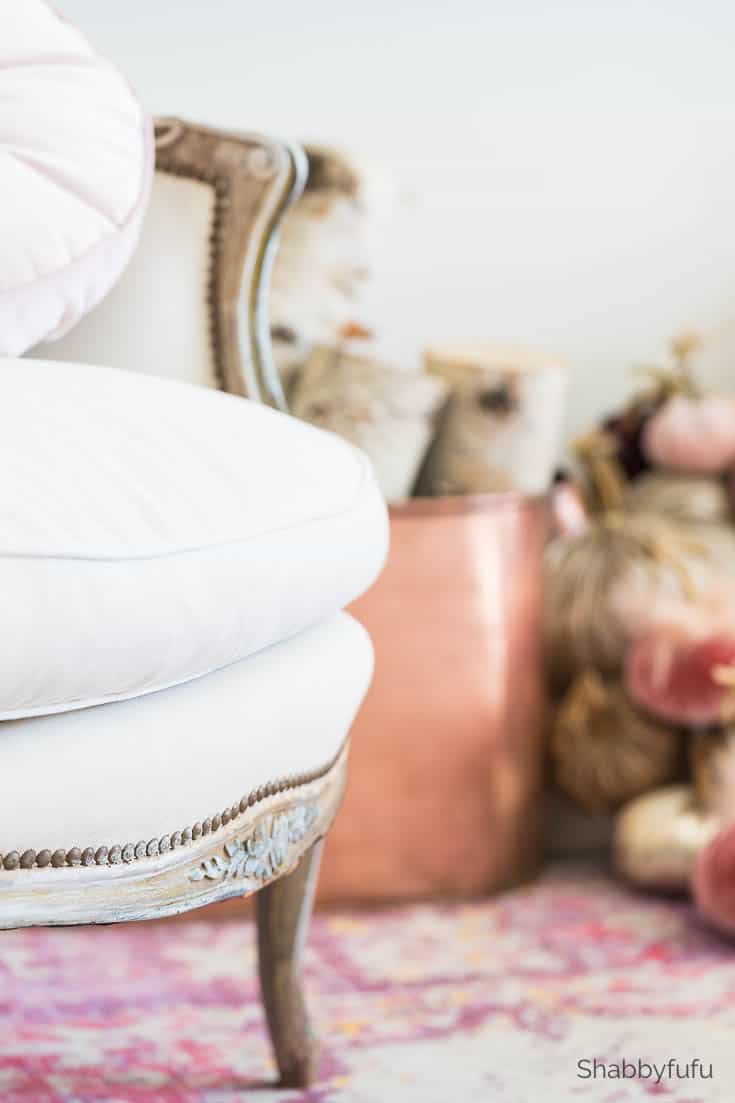 GIVEAWAY NOW CLOSED. I’m giving away a set of 3 smaller sized velvet pumpkins today! This is not sponsored…I just appreciate your readership! Leave a comment below to have a chance at winning these lush velvet pumpkins from HOT SKWASH. That’s all you need to do and I’ll choose a winner in a few days. NOTE: GIVEAWAY IS NOW CLOSED…CONGRATS TO PAM who has been notified via email! 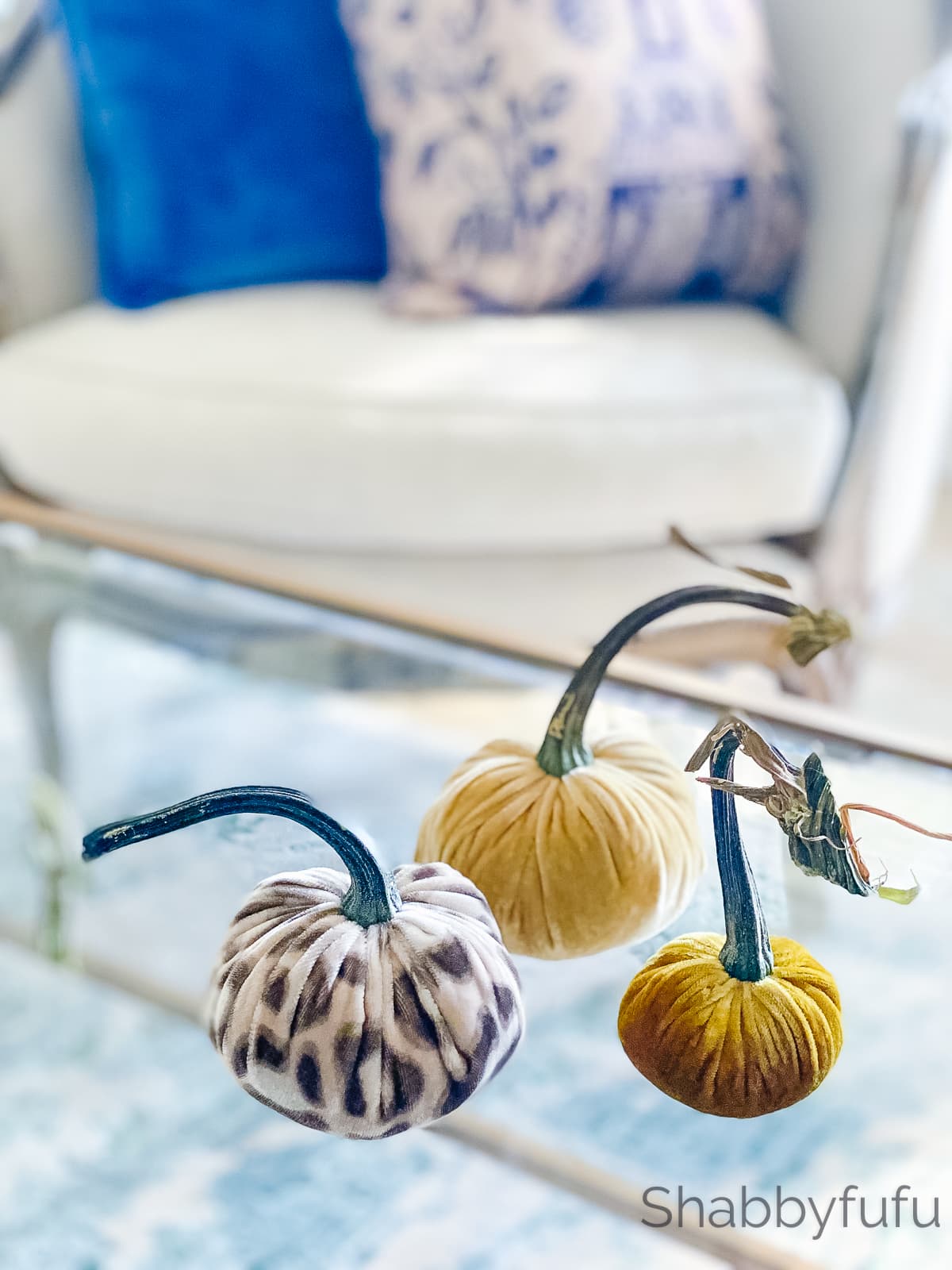